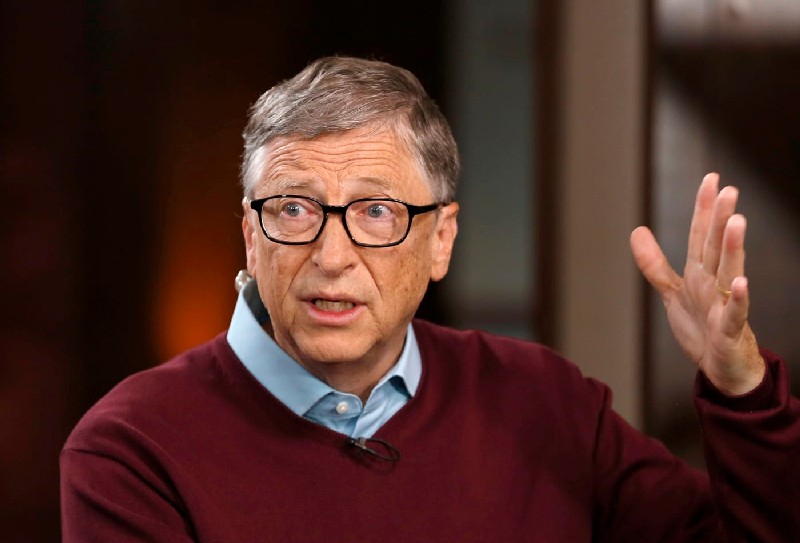 For running a business, managing the workforce and leading the team, it is always important to the right kind of leadership style that best fits with your business model and associated manpower. Bill Gates Leadership Style is one of the most effective leadership styles that will for sure be quite useful for business leaders that are craving for exponential growth and sustainable existence.

While learning about its traits and qualities, the vital thing is to learn about Leadership. Leadership prevails as an ability to handle a group or a person. For completion of any work, Leadership is mandatory. This skill is to encourage, support and control the organization.

The main components of leadership traits are diligence, aim, encouraging, creativity, managing, risk-taking, standing alone, understanding, motivating. The confidence of standing alone and managing is a crucial attribute of the leader. He must have the vitality to make decisions that will benefit the organization and the employees.

The way Bill Gates has been running his business model; he for sure is one of the most inspiring leaders.

Not every person can be a leader.

There are certain qualities that they possess. Leaders are born to lead and inspire. They don’t work for themselves; they work for the integrity of people and organizations.

They stay focussed and determined all the time. They are loyal to their work and have a habit of exploring, not merely sticking to one style of Leadership.

There are several kinds of Leadership. Every leader doesn’t have to follow the same path.

They can go for all three leadership styles, autocratic, participative and delegative, at the same time. A good leader can manage. She/he can use each of them while using one of them as dominant. Just sticking to one leadership style can’t make you a good leader. Try to choose as per the requirement.

Leadership Styles are well-known these days. But have you ever thought of what style these great leaders follow? Yes, you might have thought about this at any point in your life. This man, Bill Gates, is an epitome of intelligence, wittiness, and Leadership. Who would’ve thought that a school drop-out will be a leader of the decade?

Today, almost every human being knows who Bill Gates is. It is because he took the risk of attempting. He pursued his dream. He was creative enough to look for a way to compete with this world. He used his knowledge as his strength and creativity to build his courage. And, those attempts paid off.

Bill Gates is known as a transformational leader. He followed his passion, a vision that led to a path of success. Further, people started following this legend. People see him as a pacesetter; he has been a leader to many without even knowing. He focussed on building a career instead of chasing the money.

His trusts and foundations, along with his wife Melinda Gates, are well known today. He acknowledges the idea of giving. Being a tech-czar isn’t what he only does. He works for the welfare of society. It makes him different from other leaders. He has the vision of a leader. He previously mentioned that he could “see and observe” that software was the future and not hardware. 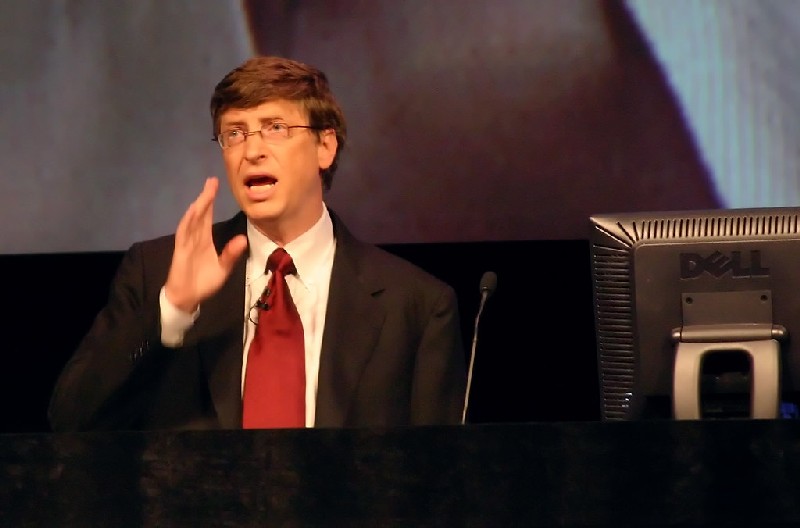 Indeed, there are almost six characteristics that were followed by Bill Gates. It was the foundation that helped him get all that he has today. The leadership style requires creativity, focus, clear vision, education, passion, and sentiment. Let’s have a brief look at them.

Bill Gates always had a habit of taking the risk and think out of the box.

He followed this rule instead of sitting in the comfort zone. He encouraged his employees to be creative. He motivates them to explore. People not just follow him due to his hard work, some also for his charisma. He empowers his people to develop new opportunities through their thinking.

Not merely his efforts for Microsoft have made him a star, but his way of being a leader. Transformational thinking can eventually give you the vision to think of great ideas. Also, it gives you an area to think differently.

Focus is crucial, be it in studies, working, or anything.

You can’t get anything without concentration, focus, and effort. You have to follow a path and remain focused on it to achieve your goal. That’s what Gates followed. He focussed on that stuff that he feels will work the best. Be it any software, any processor or anything.

Just having an idea of something is way too different from being an expert. Merely knowledge won’t work unless you are well aware of its pros and cons also. Focus is the ultimate path to success. Also, for his work of charity, he remains determined and focussed.

3. Role of having Clear vision in Bill Gates Leadership Style

Setting goals and pursuing it is one of his attributes. Having a clear idea of the goal is essential. One can never accomplish unless he has a clear sight of what he wants to achieve. So it’s essential to take a logical and transparent approach towards your aim. Remain calm and connected throughout the journey of your achievement.

Although Bill Gates was a school drop-out, he remained adamant about gaining knowledge. For achieving success, you need to be educated. A person who is trained enough has that sense of ethics. He can decide through his conscience that what is wrong and what is correct for him.

Similarly, Bill Gates focussed on education. The only school can’t make you educated. Life is itself a teacher, and if you’re intelligent enough, you’ll find your strength in those lessons. That’s what Gates did.

He worked on building his communication skills; he is interested in people to get to know more. It helped him in gaining more knowledge.

Bill Gates has been the most passionate leader. It doesn’t matter if you like Microsoft or not; you have to accept that he did a tremendous job for this company. His passion decides the ability of a person. Dedication and focus are the factors that determine whether a person is passionate enough to achieve their target.

Bill Gates, as such, is a person who does every work with great attempt and passion. He doesn’t follow the rule of just completing it. He completes it with perfection. A transformational leader always has this quality of remaining passionate towards their goals until they reach it.

Being in the race of the wealthiest people in the world can often divert people and make them aggressive. But this person is nowhere around it. His calm and caring trait makes him one of the gentlest humans. He still meets people who are underprivileged and talks to them. He adopts people and cities to create a better for them.

Sentimental intelligence is crucial for a leader. A leader should never forget that he is for the people, and not people are for or from him. And this caring behaviour of Gates makes him all loved and admired person of this world despite being one of the richest. 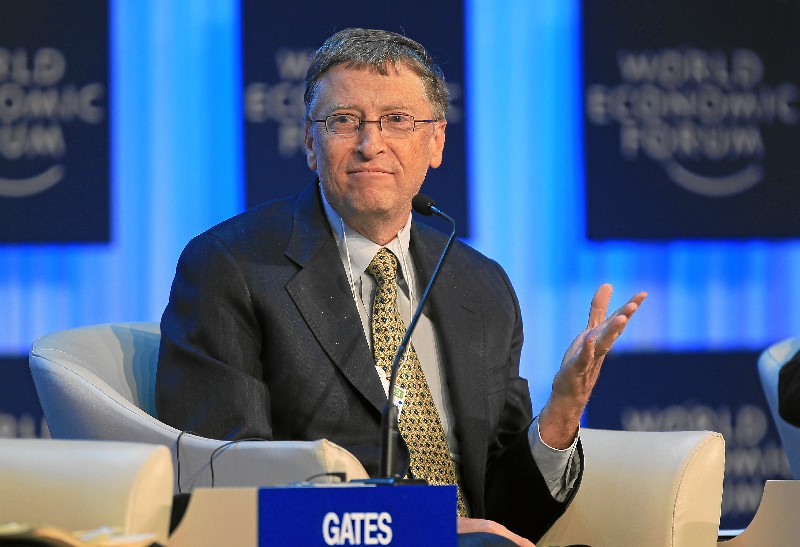 Although Bill Gates is a great leader, everyone has his/her weaknesses. Neither you are perfect, nor is Bill Gates. Similarly, every leader has some drawbacks, but it doesn’t mean they aren’t good enough. Meanwhile, with knowing their qualities, one should also be aware of their shortcomings.

He being a leader wants people to focus on a specific target, goal, or mission. He gets uncomfortable whenever there arises a conflict. A transformational leader always wills to get the group onto a particular zone. It might work sometimes.

Instead of focussing on the steps, transformational leaders become result-driven. Bill Gates, though he is an intelligent leader, he is passionate about achieving goals. These leaders are most concerned about reaching their targets instead of focusing on steps. Which sometimes harms the team and they lose track.

Yes, although he is caring, he sometimes gets that proud in himself. He believes his ideas and opinion needs to be followed. Other people, ideas aren’t considered even if they are better if Gates feels his opinion is the best out of all. It sometimes makes this Leadership not suitable.

By going through this, you must have understood what is followed by Bill Gates.

Admiring him is easy but following him isn’t that effortless. You need to have the ability to take risk and passion for your target. As we have mentioned above, not everyone can be a leader.

A leader possesses certain habits that he/she has inborn. The same is with Mr. Gates.

Patience and passion will ultimately lead to success. That’s what we have learned from Bill Gates’ leadership Style.

Bill Gates is one of the top-rated leaders around the world when it comes to running a business with long-lasting global impact and reach with innovation, technology and inspirations.

How useful do you find Bill Gates Leadership Style in running a successful business model?

What are the key personality traits of Bill Gates that inspire you the most? Did we miss any of the key points of Bill Gates Leadership Style? Share your point of views in the comments below.