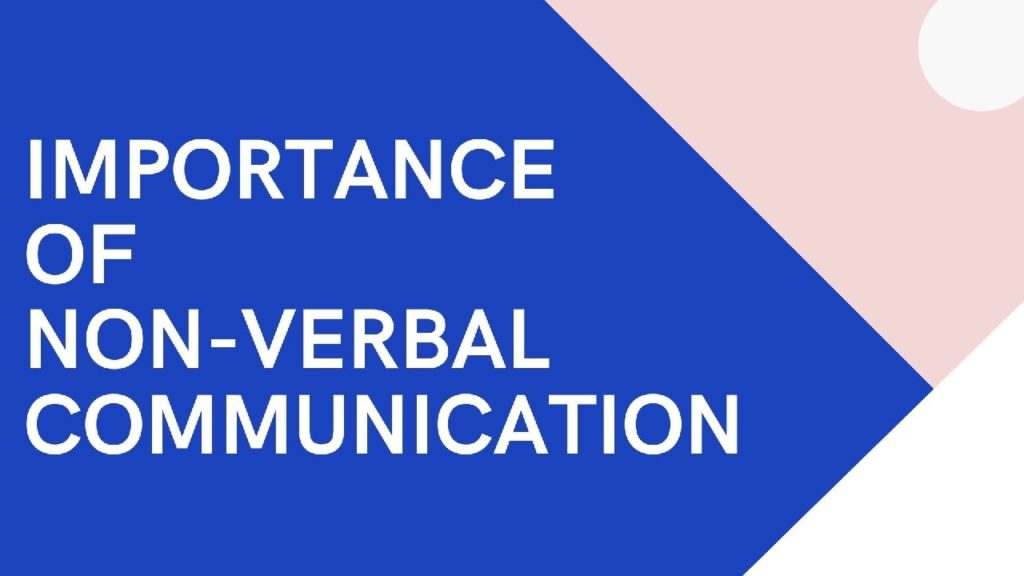 Non-verbal communication is the conveying of information or message through signs, gestures, signals, body language, eye contact, glance, postures, hand movements and expressions without using actual words. As per the statistics revealed by several prominent journals more than half of the communication is non-verbal in nature. The best thing about such wordless communication tactics is that generally, the emotions are true and not fake.

Communication is a desired skill no doubt but people are always on the look-out for non-verbal communication during an interaction. This is because there is a strong belief that your words can lie but it is difficult to do so with eyes, gestures etc because their movement is unconscious and in most cases not deliberate like a lie or half-truth. Non-verbal communication is all about sharing cues between people so that an individual can interpret the expressions, mannerisms and physical behaviour instinctively to determine the actual truth behind the words.

1. Importance of non-verbal communication in a child 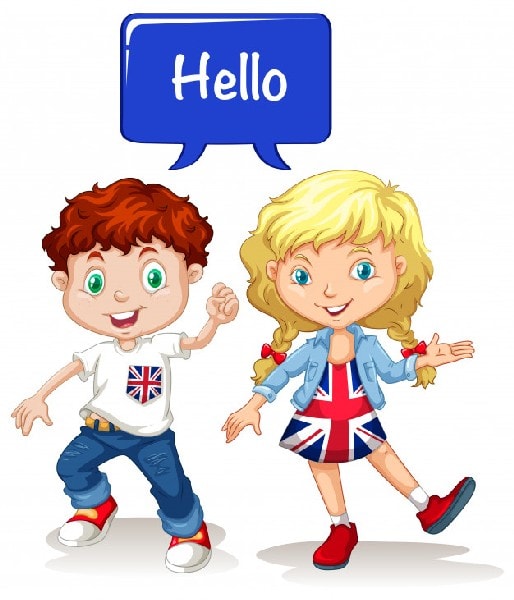 Human beings have taken help of non-verbal communication to communicate effectively even before their birth. A child kicks in his mother’s womb to tell her that he is well and also at times if the mother has not eaten food for a long time. When he comes into the world the first communication is non-verbal through his cries. Similarly, as he starts growing up he cries to show his hunger, if he is wet and if he is not feeling well.

After a few months, he starts interacting with his mother through his smile and later with help of other gestures like becoming enthusiastic in her presence or crying if he is unable to locate her for a long time.

By the time he is one year old, he can effectively communicate his wants and needs to people around him even without uttering a single word. This is the power of non-verbal communication.

The foundation of a successful relationship is communication. It is a fact that every book on the relationship, every friend of yours and even your near and dear ones have one advice for you and that is to keep your communication channel open.

The thing about Sumeet is that he is always in a hurry and not as invested in the relationship as his girlfriend and when he speaks his body posture and eyes betray his feelings whereas whenever Rita says the words she takes the time to speak clearly while making eye-contact and leaning towards him so that her body posture and expression looks positive. This is where non-verbal communication offers the best clue about your feelings.

Each glance, expression, smile, and movement of hands and eyes etc give a positive or negative signal to the partner without conscious thought. Even lack of non-verbal communication matters because it shows that the person is not interested enough to show any emotion or feelings to his partner. 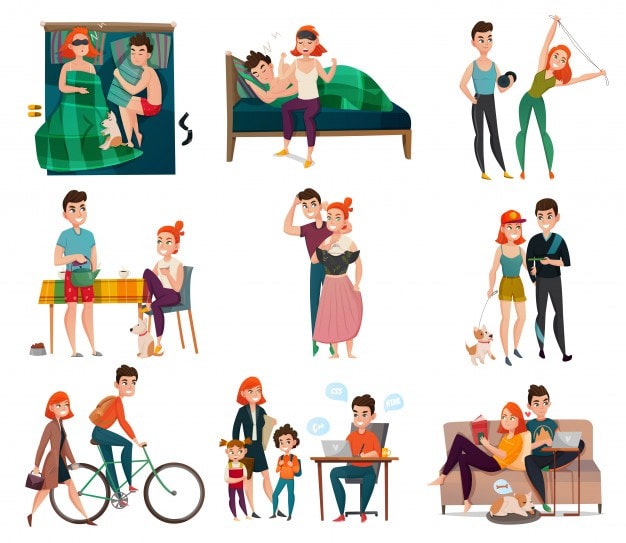 Non-verbal communication is an important tool to relate to someone and engage him in meaningful interaction in everyday life. It establishes a better understanding because the movements of limbs, the direction of eyes and shift in expression convey lots of words without even saying one. Non-verbal communication matters although it can be obvious or subtle as per the need of the hour.

It is a fact that non-verbal signal helps to strengthen bonds, build relationships, and maintain harmony and peace in both personal and professional lives. Non-verbal communication is a great indicator that depicts the truth about the intention and trustworthiness of an individual’s character.

Sometimes a person shows great self-confidence while talking verbally but is not so from within. How can we be sure of his intentions or trust the words to be true? The posture of the speaker might be confident but he will leave certain signals showing his true intention, for instance, is there an eye contact and is his facial expression too calm and collected.

Is the non-verbal signals matching his verbal tone is an important question that the listener should pay close attention to if he is looking for the truth of the statements. There are numerous incidents in everyday life when you will find yourself relying on non-verbal cues even more than the verbal ones.

4. Importance of non-verbal communication in therapy

A better understanding is the cornerstone of a therapy that builds a viable and strong relationship between a patient and his therapist. This understanding can develop through open communication but in most cases, it is seen that the patients are not comfortable sharing intimate details at the onset. If there is no communication from the patient’s side then how is the doctor going to understand and identify the exact nature of his issue.

Sometimes the patient can take help of words to lie but it is the responsibility of the therapist to access deeper, look at contradictions and take a call by understanding the non-verbal cues. The importance of non-verbal communication is huge during therapies as it helps the therapist to make good judgement calls. 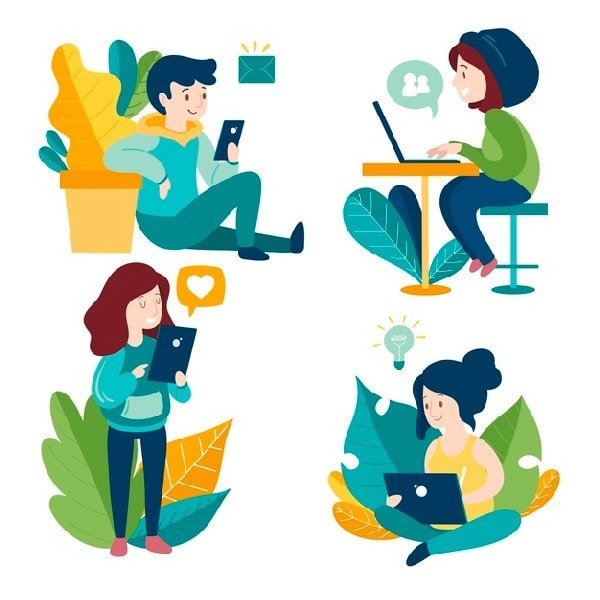 Non-verbal communication is an apt ability to navigate through the social situations that a person comes across. This powerful tool is often used in social situations, for instance, a smile to someone you know will speak a thousand words even if you both are standing ten feet apart. Non-verbal communication helps in performing rituals like greetings with a smile or goodbye with a nod of your head.

Suppose you are going to the market and see a familiar face on the way. If you are in a hurry then there is no need to stop and chat instead wave with a smile and move on. The purpose is the same as it denotes that you have acknowledged his presence and are happy to see him.

Nodding our head when someone is speaking denotes our acceptance without even agreeing verbally to it whereas shaking our head signals that we are not going to give our consent to his words whatever he says.

6. Importance of non-verbal communication in culture

Certain actions have entirely different connotations, for example, bowing down your head in someone’s presence shows respect in the culture of places like Japan and India but in the United States of America, it is a sign of subservience and is not appreciated.  Pointing with an index finger is the normal norm in the United States of America whereas it is considered rude and degrading in Asian cultures especially in Japan where it is an insult. If they want to gesture they will do so with their hand instead of the index finger.

Emotions are a part of non-verbal communication and displaying it is considered normal in some cultures like Italy where people are more open in displaying their feelings whereas In some places it is a bit restrained and in some cultures for instance that of United Kingdom it is considered unseemly and not at all appropriate. This is why British are often referred to as stiff upper-lips.

Eye-contact is another non-verbal communicative style that differs in meaning across various cultures. In America and United Kingdom eye contact is considered a sign of trustworthiness and competency whereas in some countries like Japan direct eye-contact is generally avoided as it is a sign of disrespect.  In several countries, prolonged eye-contact is a sign of attraction or sexual interest and is avoided. 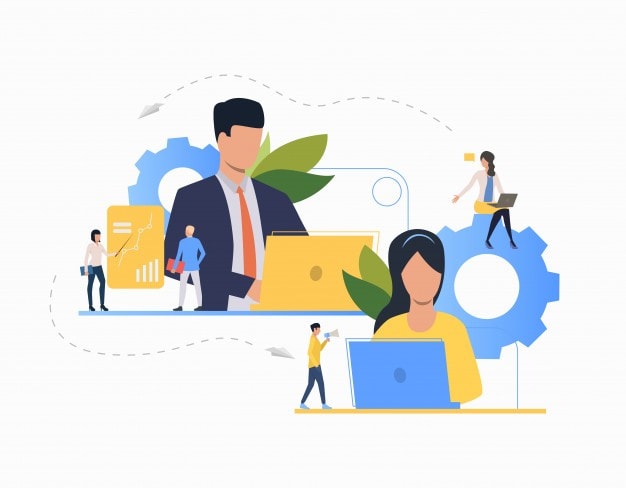 The business has numerous demands of its own and in order to have an upper hand in business, dealings keep an eye on the gestures and signs emitted by the people sitting on the other side of the table. During the hiring process, the human resource department can easily make assumptions and determine which applicants they want to see in the next round through their non-verbal communications.

Similarly, it is easier for the management team to decipher the expressions of other employees who have to spend a greater part of his day in his workplace. In order to maintain a cordial workplace relationship, a person needs to show his enthusiasm for the job through an exciting look instead of a monotonous facial expression.

He has to take immense care of his non-verbal communication so that his actions or gestures are not taken otherwise. Put a smile on your face while entering the workplace, nod when listening to others and maintain eye contact to show that you are interested in whatever is spoken to you.  The importance of non-verbal communication is that it is a great help in maintaining efficiency in an organization.

8. Importance of non-verbal communication in a proper interpretation

Non-verbal communication is very impactful. It is used to display several emotions like hope, pleasure, interest, happiness, embarrassment, anxiety, hurt, anger sadness etc in various situations. People also express empathy through non-verbal communication by showing an interest and complimenting the other person through smile and gestures.

If there is a conflict between two people and you are unable to interpret the words correctly then it is imperative to look for non-verbal cues and interpret them as per the situation. Interpreting the various non-verbal cues in a proper and correct manner is an art that everyone does not have.

Remember misinterpretations can cause long-lasting damage to relationships hence beware and make judgements after looking at all the pros and cons.

9.Importance of non-verbal communication in making your point

A person can understand the deeper meaning better if verbal communication is accompanied by non-verbal signals for instance when a person says he is having cramps he is bound to touch the area where he is suffering to indicate the extreme pain.

The importance of non-verbal communication during important conversations is that it can help to make your points that are vital to that conversation. Some signs like anger, smile or aggression can help a person in making a particular point easily. Non-verbal communication is actually a silent form of sending a message to someone without using words or any form of speech.

10. Importance of non-verbal communication in showing your personality 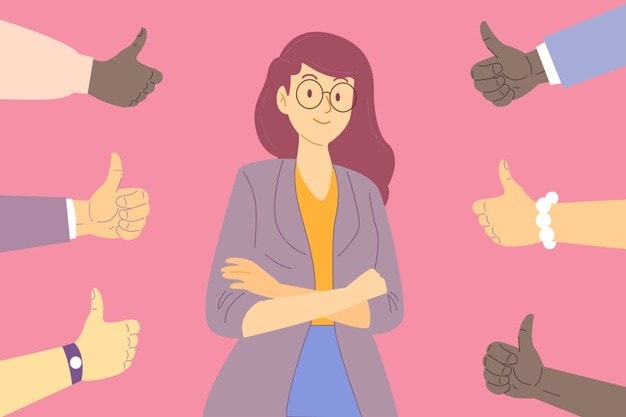 Non-verbal communication reflects the personality of an individual in an effectual manner. Personality will encompass every human character like attitude, morality, temperament, intellect etc and what is its impact on his state of mind, for instance, is a person happy or sad and whether he is angry or calm.

The importance of non-verbal communication is that it becomes easy to define the personality of an individual by looking at his facial expressions and behaviour and making a judgement call. When you meet a friend you can feel at a glance about his state of mind even when he has not opened his mouth yet.

This is because of his expression. Similarly, it becomes easy to determine the personality of other individuals by looking for non-verbal cues that will tell you a lot about them.