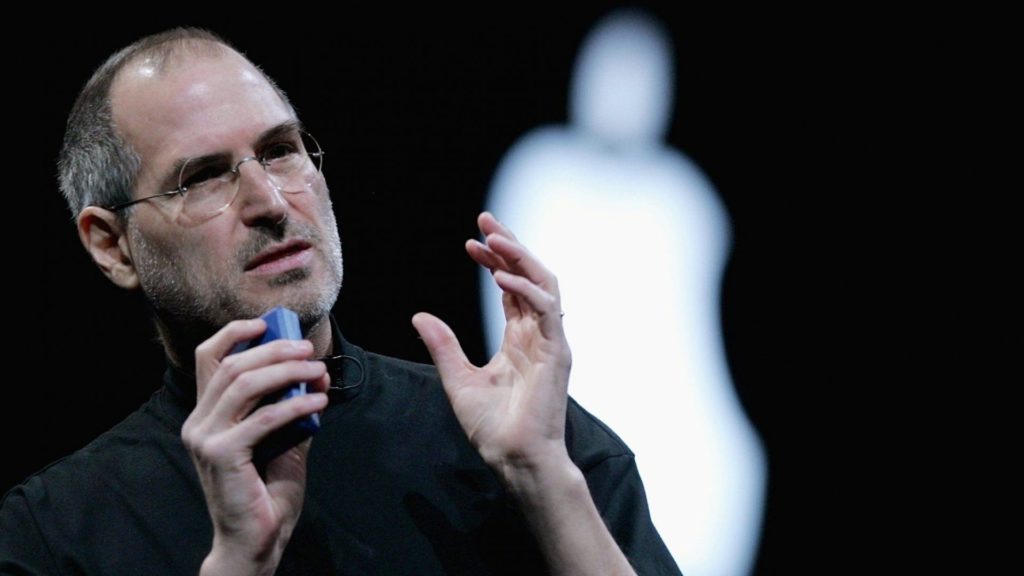 Steve Jobs, the co-founder of the massive tech company Apple, was a computer designer, executive, innovator. Apart from excelling in all technology-related things, he was also an all-rounder for many people in both business and their personal lives.

Jobs was the CEO of Pixar Animation Studios for a while. He had revolutionized both the computer and animation sectors, accruing a fortune worth $10.2 billion at the time of his death. Unfortunately, at the age of 56, he passed away in 2011 on Oct 5, in Palo Alto, California, after battling pancreatic cancer for eight years.

He developed his interest in computers and engineering at a very young age. Jobs was bright beyond compare, his teachers wanted to skip him ahead of several grades to high school, but his parents denied.

Jobs dropped out of college in the first semester itself and explored his spiritual side while on his way to India. From there, he devised his mantra – ‘focus and simplicity’. In his early 20s, he and his best friend, Steve Wozniak, who he met in high school, started Apple Computers in the Jobs family garage. Jobs sold his Volkswagen and Wozniak, his scientific calculator, which turned out to be a pretty good investment.

Apple aimed to sell customer-friendly machines that were smaller and cheaper. On the first day of its sales and is a publicly-traded company in 1980, the company had an estimated market value of $1.2 billion.

Even though Apple was praised for his latest design, the Macintosh, it wasn’t long-lived. IBM, Apple’s stiffest competition, began surpassing its sales. Jobs resigned in 1985 after falling out with Apple’s CEO, John Sculley. After this, he followed his interests.

He started a new software and hardware company by the name Next.Inc and invested in Pixar. The way from Apple Computers to Apple wasn’t a cakewalk. Jobs had to face a lot of hardships. But, with his leadership style and approach to work, he stood out and accomplished in creating a successful company that Apple is today.

A lot went on during the process, making an enduring company was both hard and vital than making a great product and delivering it for the masses. The effort behind all this was tremendous. These are probably the fundamental methods that helped him get success. 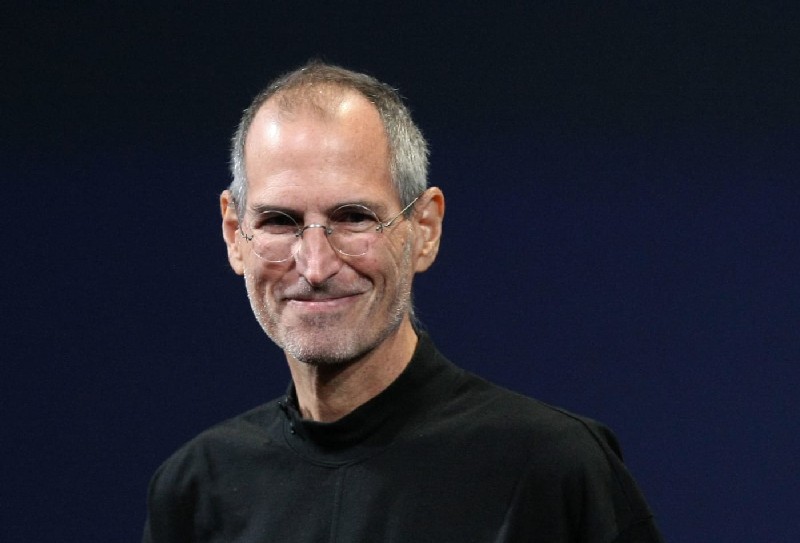 After a break of two years, Jobs returned to Apple in 1997. The company was then producing a random range of computers and peripherals. A few weeks later and after several product reviews, he was full of rage looking at what the company was delivering.

Upon this, he gathered everyone and delivered his thought. Their Job, he told his subordinates, was to focus on four terrific products, one for each quadrant. All the other products should be canceled.

This was a huge turning point in Apple’s growth as a company. He saved it from sinking. Driving the employees’ attention to focusing on just four computers did wonder for the company.

This became a process for every year. Each time he would ask “What should be done next?” People used to fight to get their ideas and suggestions on the list. This boosted the creative and innovation sectors immensely.

The focus was an inherent trait of Job’s personality. He understood that having just skill won’t help you achieve your goals but having the right focus.

Apart from being focused, Jobs had the habit of simplifying things by relative instinct. He simplified things by zeroing in on their essence and eliminating unnecessary components.

The first marketing brochure of Apple read,” Simplicity is the ultimate sophistication.”

To get a better understanding of this ideology, one can compare any Apple Software with, say, Microsoft Word. Word keeps getting obnoxious and cluttered with obtuse navigational ribbons and intrusive features.

Achieving this depth of Simplicity requires a lot of hard work. It merely is not as simple as it sounds. He said, to make things simple is to truly understand the dynamics of challenges and come up with suitable and elegant solutions.

Jobs knew that the best way to achieve Simplicity was to ensure that hardware, software, and peripheral devices were integrated seamlessly. For instance, an Apple ecosystem, an iPod connected to a Mac with iTunes software, allowed devices to be simpler, syncing to be streamlined and effortless, and glitches to be rarer.

Thus, end to end responsibility was essential to achieve this.

Jobs and Apple took end to end responsibility to make sure that the user experience was exquisite. Everything was planned strategically and systematically from the microprocessor chip in the iPhone to the selling techniques adopted by salespeople at the store; every aspect of the customer experience was tightly linked together.

Part of Jobs’ obligation to take responsibility, termed by him as “the whole widget” stemmed from his personality. This turned out to be very controlling. But it also compelled by his dedication, passion for perfection, and the urge to make elegant and consumer-friendly products.

He thought that unapproved apps or content might affect the aesthetics of the company or pollute the perfection of an Apple device.

However, this approach did not help in gaining any short-term profits. But then in a world that is filled with junky devices, inscrutable error messages, and annoying user interfaces, it led to astounding products.

These products were specially curated, taking the audience into consideration. Surprisingly, it worked, and users were thrilled with the products. This certainly boosted its market. 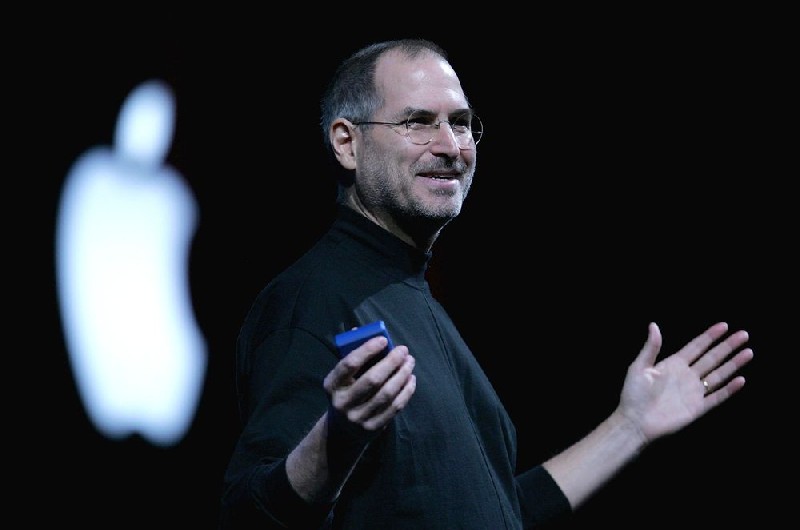 At the time when Jobs and his team worked on the design of the original Macintosh, in the early 1980s, his total focus on was to create an insanely great product. Neither he ever spoke of profit maximization or cost trade-offs, nor was his concern at the time. He only concentrated on the design and specifications of the Macintosh.

He conveyed to the original team to not worry about the price and specify the computer’s abilities. He had always put forward the interests of users. For him, if the consumer was happy, the product was bound to do wonders and make good numbers.

So, he always aimed at delivering the best designs and specifications.

On the other hand, Sculley being a marketing and sales executive focused more on profit maximization than the product design after Jobs left. As a result, Apple gradually saw a downfall.

But, when Jobs returned, he shifted the focus back to making creative and innovative products: the nimble iMac, the PowerBook, and the iPod, the iPhone, and the iPad.

Jobs once told that his motto was to build an enduring company where people were motivated and enthused about making great products.

Jobs always pushed people to set unrealistic deadlines and then achieve the task in a limited time, as shocking as this may sound, but people managed to meet their deadlines. Once, Jobs told Wozniak to build a game called Breakout in four days. Wozniak knew it was impossible, and it would take months. But to his amazement, he made it.

People who have worked with Jobs admitted that although this trait, infuriating as it might be, led them to perform extraordinary feats and deliver products in unbelievably shorter durations.

Even at the time of designing the iPhone, he wanted the screen to be a sturdy, scratchproof glass and not plastic. He certainly made sure that this was delivered no matter how difficult it may seem.

With this approach, the company managed to deliver some great products every year up till now.

Jobs has always seen all these methods to be interrelated. According to him, without the right focus, you cannot simplify your work, and so without simplification, you cannot meet the intimidating deadline.

The whole process was inter-linked. Anything that could go wrong would make the entire process of producing the product shaky.

Lessons of Leaderships from Steve jobs 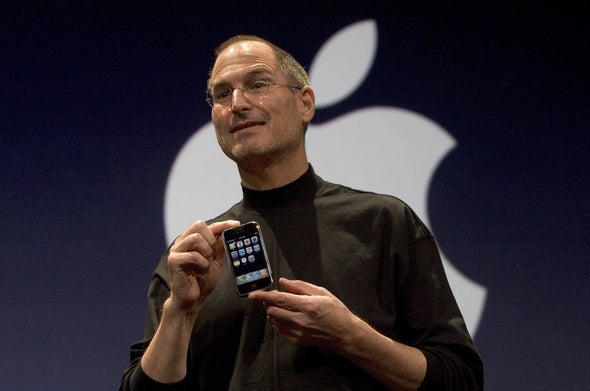 Steve Jobs’ leadership skills contributed immensely to building the tech giant that Apple is today. With the charismatic products and outstanding user experience, expectations of users skyrocketing with each passing year.

Every year, users look forward to its grand keynote event where Apple launches its new iOS and products. Behind all of this, there has been a great effort put in by the team to deliver these products.

This has only been possible because of how Jobs led his team. His style of working has made the company one of the best tech companies today in the world.

So, to establish and kick start your own business, these six lessons from Steve Jobs can help you achieve much;

Without an exceptional and determined vision, Apple would have been where it is today. Having a clear vision is very important. A successful leader is one who has a preplanned clear vision for his company or organization.

Merely starting a startup is not enough; one must have a clear insight into the company’s goals. To have a stable, long-lasting, and functional status in the industry, a company must have a plan laid out for the future.

Passion is essential when you aim to achieve bigger. Without love, you might fail to complete your goal on time, lack of motivation, etc.

Steve Jobs had passion, determination, and self-confidence to transform his dreams into a reality. One needs to be passionate about what they’re doing and love it. Only then you can succeed in making it a reality.

3. Challenge the Limits of your Employees

Although having the right vision and passion is essential, but understanding the actual capabilities of your employees is at par. This is one of the leadership lessons one can take from Steve Jobs.

He knows how to find these capabilities and put them into use effectively and appropriately to make the most out of them. A lot of people misinterpret the meaning of leadership. They think it is about ordering employees around and assigning tasks. Well, it is not.

A good leader is one who encourages, motivates, and empowers his team members. This helps them to face challenges with determination; this increases productivity.

Jobs always focused on the specifications of products and not profit. He says, “Follow success, the money will follow itself”.

Money is essential as it helps in producing great products, but that must not be the only or significant objective.

Jobs has always been curious to create and deliver exciting and unique innovations. One must emphasize on providing quality services and products.

For Jobs, perfection was always on the top of the list. He never compromised on perfection. Clearly, the products say it all.

Before the launch of the iPod, he got rid of the headphone jacks completely. This is a clear example that he always aimed for precision and quality.

When one looks for perfection, it comes with taking great risks. Jobs trusted his instincts and analyzed what people needed.

To achieve bigger and better, you need to take risks. All these lessons if followed sincerely will help you grow as a brand.

Steve Jobs was truly an inspiration for everyone. Be it the users, who were amazed by his innovative and creative mind or his employees, who saw him, work sincerely and with terrific determination.

The leadership styles used by Jobs are undoubtedly commendable. It’s because of these values only that Apple has gained so much love and affection from its users. He introduced amazing products in the market that shook the tech industry to great levels.

Steve Jobs changed the perspective of the entire world in terms of technology.

What according to you are the best lessons of Steve jobs Leadership Style? Share your perspectives with us in the comments below.